This will probably be the last article I make about the 16 Inch MacBook Pro. Not because I dont like it, but because I am going to return it. I will get to those reasons later in this article. But first I want talk about my experience with this machine and what I think about it.

I am not a professional or seasoned reviewer so please have that In mind when you read this. Always do your research before you invest in something expensive, and make sure to get second, or third opinion before you do so.

I believe this is the computer Apple should have released in the first place when they released the USB-C only MacBook Pros. And why is that?

First of all this model is a little bit thicker than the previous one but not by much. By doing this Apple was able to put a bigger 100 watts-hour battery in there and improve the cooling performance of the computer. This was one of my biggest complaints about the previous generation. Apple actually listened and did something about it. This has shown that you can run sustained workloads without severe throttling. Although the fans will make some noise. I take performance first and fan noise Second.

A lot of people was sad when Apple discontinued the 17 Inch MacBook Pro, I think this 16 Inch is a really good compromise to those. Apple have been able increase the screen size by reducing the bezels around the display. While also keeping the laptops size a little bit bigger than the 15 inch, but not by much.

I assume almost everyone heard about the keyboard issues with the previous generation. But if you haven’t the 15 inch models had huge issues with sticky keys, double press when typing and all kinds of keyboard problems. When I worked my last year as an Apple service tech we replaced a lot of  top-cases. And it took a good amount of time doing so because you have to disassemble the entire machine to be able to replace the keyboard.

They have also done some changes to the touch bar. The escape key is now a real physical key. The power button / touch ID is also on its own and separated from the Touch Bar. The Touch Bar is still there but its a tad smaller. Perfectly fine for me.

As for ports, Apple is going for USB-C / Thunderbolt and one minijack. That means you will have to bring dongles with you.

The build quality of the 16 inch is just great. There are no flex, and you can open the display by using one hand without it tipping over the table. The trackpad is the best trackpad I have ever used on a laptop. I have a Dell laptop at work and using that trackpad is just, extremely annoying. You kind of understand where some of the premium apple tax goes.

The speakers is also upgraded and they sound fantastic as everyone has said. You just have to listen to them.

Hardware wise the SSD is fast with around 2700MB/s in read-write performance nothing to complain about there. As for internal components you can get a AMD Radeon Pro 5500M 8GB gpu. 2.4Ghz 8 core i9 Intel CPU, 64GB of memory, and up to 8TB of super fast and expensve SSD storage. This was the configuration I reviewed.

I have been using Logic Pro X, and also Final Cut Pro. And everything is just smooth and works really well. In final cut, I can edit 4K H.265 video without having to transcode it.

So if you are into the market of an Apple laptop now, I think the 16 Inch MacBook Pro is the best laptop you can get today. Apple have listened to their customers and done something about the feedback. This 16 inch improves on nearly every aspect of the 15 inch and thats great.

But its currently not for me

For me however, I am kind of reluctantly going to return it. I had plans to take this laptop with me when I travel so I can produce music at hotel rooms and places like that. When I am not working on my regular job. And although I still would like to do so, after some soul searching, I can’t justify the cost of almost $5000 dollars for this machine. Its not like Apple is providing this to me for free, I have to pay for everything from my own pocket. Also, when I am travelling and done for the day, my energy levels are low so I just lie down and watch Netflix or something anyway.

I can use other Tools to create melodies and ideas on the go. And finish them on my PC when I get back home.

Lastly I want to talk about an issues I have had with this computer. Playing audio from the internal speakers sometimes gives a loud pop or a click in the sound. Apple will certainly fix it, but the question Is when? This doesn’t happen if you use an external audio card, but since this is a laptop you expect to bring it with you. And it just shouldn’t have these sound issues. I am sure Apple are going to fix this issue, they just have to. The question is when.

Other than that, things have been great and I highly recommend this laptop for people that are in the market for an Apple product and have the finances to do so. The 16-Inch MacBook Pro is an expensive piece of hardware but its the best MacBook pro Apple have made in my opinion.

If you want to get one yourself, there are sponsored links to Amazon below. I also have a link to a sleeve I bought for it as well.

I go into more detail in the video below on why I have decided to get it. But in short, as it is now I am spending some time around at hotels in my normal day job. I want to have a computer with me, that can handle the needs I have in regards of music production and video editing. I think this 16 Inch MacBook Pro is able to provide that.

I am doing more videos now, leave a comment on this post or in the YouTube video. If there are any specific tests or workflows you want to see me run. Even games, although this is not a gaming focused product. I am sure someone out there is interested. Take care!

As rumoured, Apple released the 16-Inch MacBook Pro set to replace the 15-Inch model. Here are the most important new changes and features to this new laptop from your favourite monochrome fruit company. 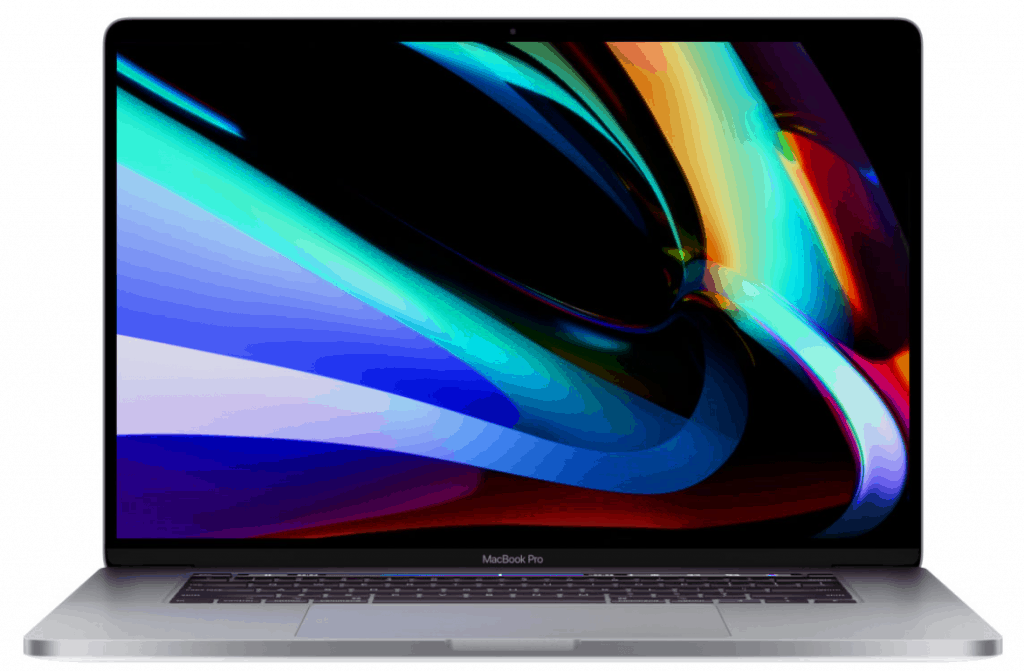 According to Appe this laptop is built out from feedback from its users.

Still only USB-C ports (thunderbolt) and a minijack. No SD-card reader, no USB-A and other ports. Meaning keep your dongles.

Are you going to buy the 16-Inch MacBook Pro?

According to images uncovered in a macOS catalina beta, it seems like Apple is working on a 16-Inch MacBook Pro. This was first uncovered by the blog: MacGeneration.

The images are actually icons, and comparing it against the 15-Inch model you can see that the bezels around the display are thinner. This could suggest that they will be able to fit a 16-Inch display in the current 15-Inch form factor.

The rumors claim that Apple is going back on the keyboard design and will switch to the scissor mechanism that has proven to be more reliable.

It is also said that the 16-Inch MacBook Pro will have a 3072×1920 resolution and use Intel 9th generation coffee lake refresh CPUs.

Personally I am curious on how Apple is going to tackle the keyboard issues plaguing the current generation. I also hope they will change some of their design rules and make room for good cooling that enable the full performance of powerful CPUs and GPUs. We recently saw a change of design in the iPhone 11 where they made it slightly thicker and heavier. Apple usually designs their product as thin as possible. Maybe we are seeing a change in that philosophy?

If they make the 16-Inch MacBook Pro a bit thicker with good cooling and a solid performance boost, I think we have a winner.

I don’t like to use that word, but since people are searching for it I guess I have to … flexgate. Apple may have a new big problem on their hands. That said, it could also be blown out of proportions. As it sometimes is with these issues.

The popular teardown site ifixit have recently posted an blog article claiming that the new MacBook Pros flex cables wears out prematurely and it could cause display problems. Especially if the display is opened above a 40 degree angle.

This is where the word flexgate comes from. A stupid word if you ask me, but the «flex» part relates to the cable that connects the display to the logic board. Its a thin and brittle cable that apparently breaks over time.

If you need to fix the display outside of your warranty period you are looking at 600 USD repair (at best) because those cables are integrated into the display assembly and doesn’t come as a single part. If Apple doesn’t release a repair program as they did with the “staingate” issue.

Adding this problem to already existing issues makes you wonder if the radical design-change of the USB-C equipped MacBook Pro really was a smart move?

I know for a fact that a lot of people still hold onto their 15 rMBP. Imagine the performance you could have in those machines today if Apple just kept the same form factor and instead focused their efforts on improving performance.

Apart from flexgate we have the issues below as well:

Countless reports of keyboards having all sorts of issues with keypresses. Apple happily replace the top-case but the problem re appears after a while. What about those that live in countries with poor consumer protection? In worst case they have to expect an expensive service later down the line. Servicing a premium product already marked up pretty high. And only after one year.

These laptops are so thin, the cooling solution just isn’t equipped to remove the heat these CPUs produce. Even if Apple shoehorn a top tier CPUs in these machines it doesn’t matter if the cooling solution isn’t up to the task. This has been demonstrated countless times in many Apple products. Especially when the updated model with an intel i9 CPU hit the market. It did throttle so bad that Apple had to release a firmware fix for it. But not before countless people had reported on the issue.

Do you think this is an issue that is blown out of proportions, or is there some substance to it? Are you affected by this? Leave your thoughts in the comments.